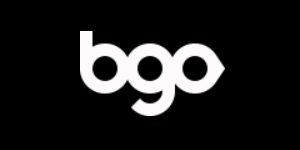 In its former life, this gaming site was known as Xbingo. Since they rebranded, they’ve really put the focus on expanding their offerings. They’re still the bingo experts, but you can also get yourself on a wide range of slots and other casino games.

We were intrigued by their new setup and decided to give it an in-depth look for our readers. So has BGO managed to successfully move away from its reputation as a ‘bingo only’ provider? Find out in our thorough review, with no stone left unturned.

Even though the BGO Casino is now offering loads more games, it is still king when it comes to Bingo. We would probably rank it in the top 5 Bingo sites on the market right now, which is no mean feat.

BGO casino has finely tuned its Bingo operation and you can really tell they’ve been doing it for a long time. It’s just great fun to play and there are plenty of promotions coming out every single week. It’s well worth a gander.

At first glance, the bonus looks very good indeed: 200% matched bonus up to £200 on your first deposit and free spins as well. Not only that, you get 20% cashback for life, depending on your loyalty level.

We’re sometimes a little bit sceptical when it comes to generous matched bonuses. Gaming sites will crank up the wagering requirement (WR) to ridiculous levels, meaning that the chances of actually being able to walk away with any winnings are slim to none.

BGO casino handle this one really well. They’re playing the long game and hoping people will stick around, so its wagering requirements are just 5x. We’ve not seen it this low in many other places. Not too shabby at all.

BGO casino launched its mobile platform in the middle of 2013 and it’s been a massive success thus far. They have plenty of gaming options available, so you’re not stuck with just a couple of titles like with some other casinos (won’t mention any names!). Games like Thunderstruck, Gonzo’s Quest and Tomb Raider are some of our favourite mobile games.

Another plus point is that the mobile site works on every platform and device. It doesn’t matter whether you have an iPad or Kindle Fire, iPhone or Nexus, BGO will launch without a problem.

When they first launched their mobile offer they even gave away 1’000 free spins on Starburst!, showing just how generous these guys can be. We recommend keeping your eyes peeled for these insane bonuses.

New Slots Being Added ALL the Time

One thing we hate is when gaming sites stop updating their games and become stale. When that happens, we don’t have a second thought and are happy to jump ship. There are plenty of other options out there.

BGO knows that the competition out there is severe, so they’re always on top of the latest and greatest. You’ll always see them adding new and interesting slot machines, often bundled with a nice little bonus to get you going.

Active On Blogs and Social Media

Another thing we really like about BGO is that it’s placed a lot of importance on blogging and social media. The blog secion of the main bgo.com website is well worth reading, as it keeps you up to date with what’s happening in the gaming world.

Not only that, BGO casino also puts up promotions in this section, meaning you’re always up to speed. These days, gaming isn’t just about pressing that ‘Spin’ button – we also like to interact and get sweet deals from the operators. BGO have delivered when it comes to this, that’s for sure.

This is a big one. Companies with rubbish customer service just won’t do it for us, even if the signup offers are more than generous. We are in it for the long haul, so we always want to make sure that we’re given decent treatment.

We’re glad to report that BGO knows what its doing, giving quick and reliable support. You can chat, call or email. They’ve even listed their office address for you to write to!

The only downside in our eyes is that the company doesn’t operate between midnight and 8:30am. Not a huge problem, but it’s worth mentioning. However, if you’re still playing well past your bedtime, it may be time to catch some shuteye!

We’re big believers that gaming sites should give us the option to pay in whichever way we want. BGO casino accepts a wide range of payment methods, including Visa Credit and Debit, Mastercard, Paypal and Ukash. We were particularly happy to see PayPal in there, as some sites don’t accept the payment giant for some reason (we’re often baffled by this).

BGO wants to make money, of course. After all, it’s a business. However, it doesn’t want to rip off its customers by allowing them to go into massive debt. That’s why the site makes quite a big deal of keeping you within your limits.

Just like Mr Green, it has plenty of notices about Responsible Gambling. We really like seeing that, as it really reflects an organisation that has the client’s concerns high on the priority list.

When we put our money on the line, we want to know it’s with a reputable company. That’s why we were glad to see that BGO casino is now one of the sponsors for the hugely popular Sky Sports News.

They’re obviously gaining traction in a big way and it’s nice to see that they’re being rewarded with some serious airtime. There’s a cool new ad on the go as well, which really shows the direction the company is going.

The bottom line is that knowing a gaming site is tied to some big names shows there’s a wad of credibility behind the operation. Clearly, it’s not some dodgy company being run out of a basement. Always look out for signs like these when thinking of signing up to a new online casino site!