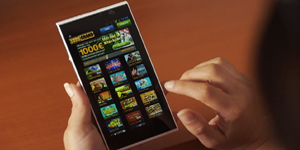 The growth of mobile casinos has been pretty extreme, but if we look at the circumstances, it’s not at all surprising. The evolution of smartphones and tablets has led to a situation where we almost have as much computing power on the go as we do when we’re in front of a computer, and the bottom line is that it’s plenty of hardware and software power to drive high-quality online slots and other casino games.

People have been playing casino games on their phones since the days of Java-based apps with horrendous graphics on some of the first cell phones ever made that were capable of displaying graphics, and things have continued to the point that now having a mobile option is taken for granted for operators that traditionally only had computer-friendly options.

Despite the popularity of mobile phones and casino platforms that run on them, there are some significant differences between the mobile and computer-based platforms and the cultures and tendencies that surround them. We want to break down a number of those differences and show you how you can make the most of your mobile play.

To begin this discussion, we have to start with the types of software platforms that are available for mobile casinos in the first place. There are two options, and while they both have pros and cons, there are definitely tons of people who have a strong preference, and there are a number of people who have opposing viewpoints on which of the two options is best.

The chief advantage of a mobile app is that the games are all downloaded at once and kept updated, and this allows for essentially zero loading times. When you’re ready to get in on the action, you won’t have to wait for a few moments for the game to load. However, the disadvantage is that each app is especially designed for a single operating system, so they’re not always available to the widest audience.

The main advantage of using a web-based app is that it doesn’t really matter what kind of phone or tablet you use. As long as you have a web browser, you can connect and play. On the other hand, there is the disadvantage of having to deal with loading times for the games. Because software companies want to minimize these loading times as much as possible, they’ll often lower the quality of the graphics in the games to create smaller file sizes. This means the games might not look quite as nice when compared directly, but normally you can’t see that big of a difference without someone pointing out what’s different about the web-based version of a game.

The main difference between playing on mobile compared to a computer is the way you interact with the games. On a computer, you’ll typically use a mouse pointer to select your bet sizes and other options before playing. Mouse pointers have a fairly high level of precision, so they don’t need controls that are all that large or spaced out from each other.

However, the touch screen on a mobile device is a bit different, and this means that mobile casino games have to be laid out in a way where the controls are larger, easier to access and not so close together that it’s impossible to tap one without tapping others. Along these lines, you’ll see a lot of examples of games where the mobile edition plays exactly the same as the computer-based version, but the layout of the controls will be completely different to accommodate the mobile screen. 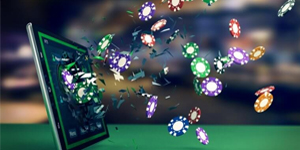 Something else that’s a lot different between mobile casinos and those visited on a computer is the way the playing habits tend to work out. When you’re playing on a mobile device, you’re typically out and about, so your sessions are going to be shorter on average. On the other hand, when you’re playing from a computer, you’re almost always stationary without anywhere to be soon, and this leads to longer sessions.

The difference in session length is important because it changes the types of games that people will tend to play. If you have to go at any moment, then you can’t really get involved with games that are going to take more than a number of seconds to finish a turn. This makes mobile slots a much more attractive option than something like mobile craps, for instance, because a single round of betting on craps could end up taking a few minutes in some cases.

It’s much easier to play games where you can press a button or make a quick decision and find out right away if you’ve won. Note that this doesn’t keep out games that involve a bit of skill: Both blackjack and video poker can be played in short bursts with no problem whatsoever, and each of those games have plenty of skill involved.

Another issue for mobile players, especially in new mobile casinos, is that of game selection. If you’re used to playing certain games in a computer-based casino software platform, then you’ll have to double check to make sure that they’re available in the mobile format.

Understand that computer-based casinos have been around quite a bit longer than mobile casinos, and even then, mobile casinos have had to build up their popularity over a bit of time before they reached their current levels of popularity. This means that not all games have been converted over to the mobile platform, especially if they were games that were around years ago, back before mobile casinos were as prevalent.

Most software companies these days have their new releases come out for their computer-based platforms and their mobile-based platforms at the same time. However, they also have a limited release schedule for converting older games that do not have a mobile version over to the mobile platform. Along these lines, if you have a specific game that you’re really going after, then you need to make sure that it’s available on your mobile platform of choice before you commit to playing because that’s something that could really impact your decision.

The last thing we want to point out is that security for mobile casino play is a bit different than security for regular computer play. Having a strong password is great, but if someone sees you type it in over your shoulder in a public place, or if they snoop your password off of a public WiFi connection somewhere, then it’s not going to be all that secure.

If you’re mindful of your surroundings and who can see your screen, and if you’re careful about using public WiFi, then the only real thing you need to worry about is what happens if your phone or tablet is stolen. If that’s the case, you don’t want to make it easy for the thief to get into your casino account (and other accounts) and clean you out. That’s why you need passwords that aren’t the same for both your phone and your casino account, and you need to skip on the auto-login option that many mobile casinos have available.